More information on YOYO can be found in the project description page.

YOYO has published the following articles and book chapters: 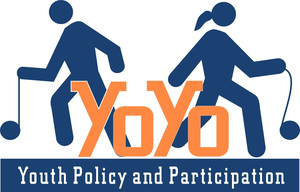 Comparative analysis on the changed role of the family against the background of longer and more complicated transitions of young women and men into work an economic independency.
The ‘Families and Transitions in Europe’ research project has been funded under the Improving the Human Potential key action of the European Commissions Fifth Framework Programme. It was developed and carried out in the framework of the European research network EGRIS and has been coordinated by the School of Policy Studies at the University of Ulster (Andy Biggart).

In the light of rapid socio-economic change, young people are becoming increasingly dependent on their families for a protracted period of time. The aim of the project was to examine the families role in facilitating or constraining active life management in the transition from education to the labour market, across different European models of State support for young people and their families.
FATE was a comparative research project, involving partners from nine European countries resp. regions (Bulgaria, Danmark, Germany East and West, United Kingdom, Italy, the Netherlands, Portugal, Spain). It has explored how families deal with changing dependencies within youth and young adulthood, which strategies they develop and to which extent the availability of family resources impact on decision making processes of young women and men. To answer these questions, a comprehensive approach is necessary, which takes into account structural, institutional, cultural and subjective aspects.

The first phase gave an overview over structural and institutional factors of transitions by secondary analysis. The second phase consisted of a questionnaire among young people at the end of their educational transitions, generating data on their living arrangements and on their attitudes concerning education, work, dependency and family relationships. The third and most important phase of the project has been on the one hand qualitative interviews with young women and men regarding family support and the influence this support has on their transition-related decisions. On the other hand, interviews with one or both parents of these young people have been carried out. The content analysis of these semi-structured interviews followed a common thread of codes in order to facilitate the international comparison.

The study provided insights into two issues which are both central for social integration, but which up to now hardly have been analysed as interrelated: Family and Transitions of young women and men into work. Country-related as well as comparative reports have been elaborated, on national structures, on patterns of dependency and support, and above all on the ways, both generations evaluate this situation. Results have been published in the respective countries and made available for different target groups, such as policy makers, practitioners, and the scientific community. Results have been presented on a European Seminar (the European Observatory on Family), and on various national conferences.

European Conference for researchers, policy-makers and practitioners on the experiences of young people with support measures for transitions to work, 6-8 June 2002 in Madrid.

From 6 to 8 June 2002 IRIS together with AREA (Asociácion Regional y Europea de Análisis, Valencia) and in collaboration with the Spanish Youth Institute organised a European conference on “Young People and Transition Policies in Europe”. The conference addressed policy makers, institutional representatives and researchers.

The project started from the observation that existing policies struggle with addressing transition related risks of social exclusion effectively. High shares of dropping out and ‘status zer0’ youth withdrawing from formal transition agencies, and of those who are unemployed after participating in training or employment schemes stand for ‘misleading trajectories’: integration policies reproducing exclusion instead. Although focussing different aspects of youth transitions and transition policies the selected projects shared a holistic perspective aiming at integrating systemic and subjective dimensions of social integration; this means matching with changing labour markets as well as meeting young people’s subjective needs and satisfaction. Under conditions of de-standardised transitions the compartmentalisation of transition related policies – education, training, labour market policies, welfare, youth policy – tends to reinforce structures of selectivity and segmentation contributing to social inequality according to education and social background, gender, and ethnicity. The concept of Integrated Transition Policies, one of the joint concepts referred to, aims at a coordination of policies in a biographical perspective which reflects the specificity of individual cases and allow for the active participation of young people as actors of their transitions.

The discussions during the conference centred around policy dilemmas arising from  the research presentations such as the contradictions between competence and employability or between flexibility and security, questions how to meet the needs of the most disadvantaged without stigmatising them and also how to assess the effects of transition policies which includes the question for success criteria which are more comprehensive than counting participants placed in (some) jobs after a scheme.

All participants confirmed that the conference provided a unique opportunity of dialogue between research and policy taking place in a friendly and collaborative atmosphere. A book publication containing the conference proceedings has been published with the Policy Press (López Blasco, A., McNeish, W. & Walther, A. (eds.) (2003) Contradictions of Inclusion: Young People and Policies for Transitions to Work across Europe. Bristol: Policy Press).

This project aimed at improving the situation of young people in their transitions to work by furthering the dialogue between research, practice and policy-making. For this aim, regional conferences were held in four European partner regions to discuss the outcomes of the TSER-funded research network “Misleading Trajectories”).

In Baden-Württemberg there were the following events held:

The parters within the four regions were:

Evaluation of employment policies for young adults in Europe regarding non-intended effects of social exclusion.

Financed by the European Commission under the 4th Framework Programme for Research, Technology, and Demonstration, “Targeted Socio-Economic Research” (TSER, Area III.4), carried out through EGRIS, coordinated by IRIS e.V.

The thematic network ‘Misleading Trajectories’ has been concerned with the traps of social exclusion within policies addressing young people’s transitions to work (school, vocational training, careers advice, social security, labour market programmes). The network (involving Denmark, Germany, Great Britain, Ireland, Italy, Netherlands, Portugal, Spain) began from the observation that many policies that are intended to ‘lead’ towards gainful employment, adult status and social integration, are in fact ‘misleading’ in terms of:

Theoretically misleading trajectories stand for the increasing discrepancy between social integration and systems’ integration. Institutions increasingly fail in understanding, addressing and solving the complexities and contradictions of social integration in general and individual life course transitions in particular.

One of the core objectives has been to sketch a framework of Integration Transition Policies for young adults in Europe.

The Project „Advising local networks of 3rd sector initiatives: job creation for (disadvantaged) young people in the area of social and youth services”, funded under the EU „Third System & Employment Pilot Action” identified – by transnational comparison between the United Kingdom, Ireland, Italy, and Germany – potentials for employing young people within third sector institutions. In a second step, these institutions have been supported to set their potential role as job provider into practice – by applying tools for self-evaluation, and by creating local networks.

Integration through training: Comparing the effectiveness of strategies to promote the integration of unemployed young people in the aftermath of the 1997 Luxembourg Summit on Employment.

In 2001, the European Commission charged a cosortium of 18 youth research institutions with the preparation of a comprehensive report on the situation of young people in the European Union. With the Milan-based institute IARD in the lead, the consortium produced a report with three special focuses: the social situation of youths in the EU, youth policies in Europe and the training of youth workers.

IRIS was responsable for the third part of the study – an overview of training systems for youth workers in Europe. A summary of the study is available at the website of the European Commission. 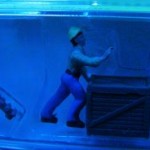 Construction of a regional network for the creation of new employment opportunities in the social services area for women in a rural countryside (funded by the European Regional Development Fund, Art. 10)
1990-1998 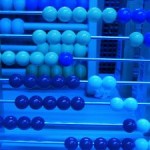 Evaluation of the pilot project “NEWOL” (New Ways of Learning for SMEs)coordinated by Kolpingbildungswerk Stuttgart; funded by the EC’s LEONARDO-Programme.

Coordination of the research project “Success criteria for the further training of women”; funded by the programme LEONARDO da VINCI.

Research project “Dropping out and secondary education”; coordinated by IARD, Milano; funded by the DG Education and Culture.

European conferences on the prerequisites, consequences and contradictions of lifelong learning 1996 (Dresden) and 1998 (Lissabon).

In 1996, the European Year of Lifelong Learning, IRIS together with other EGRIS partners initiated a series of two European conferences to clarify the meaning and the impli8cations of the conceopt of lifeling learning. The first conference 1996 in Dresden under the title “Options for the Integration of Living, Learning and Working” dealt with the relationship between lifelong larning and changed life courses as well as the biographical perspective of individuals. The second conference 1998 in Lisbon  “Differences and Divisions” addressed the contradictions between the diversification of learning and education and the persisting social inequalities. The conference proceedings have been published in two volumes (see publications).

Contrary to many training schemes, performing arts offer young women and men the opportunity to present themselves from a less “problem-oriented” side: in fact not as an “early school-leaver” or “under-achiever”, but as a musician, an actor/actress and so on.
Before this background, this research project aimed at learning more about the special learning processes happening in performing arts projects for “disadvantaged” young people which for working purposes we had “Secondary learning effects…”

Which active role do young people play in performing arts projects? Which learning potentials do these projects have with regard to the young people’s transitions to adulthood? These questions were explored in three case studies on projects working with young people who are not reached by mainstream education measures any longer: “Hope Street” in Liverpool/UK, “JUST” in Mannheim/DEand “Chapito”, Lisbon/Portugal.
The research design emphasized the active role of the young people by giving them space to develop their own view on their transitions in a self-produced video, biographical interviews and focus groups. 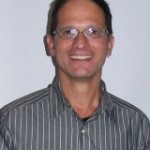 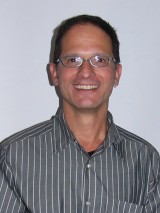