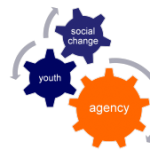 The European research project UP2YOUTH has ended in summer. The results of the project are now summarized at the UP2YOUTH-Website.

The latest IRIS Newsletter 2/2007 deals with transitions to parenthood.

One of the working groups of the UP2YOUTH project is dealing with the situation and coping strategies of young parents.

UP2YOUTH is a European research network funded by the EU’s 6th framework programme. It gathers 17 research institutions from all over Europe . For more information, please visit the Internet portal www.up2youth.org

Comparative analysis on the changed role of the family against the background of longer and more complicated transitions of young women and men into work an economic independency.
The ‘Families and Transitions in Europe’ research project has been funded under the Improving the Human Potential key action of the European Commissions Fifth Framework Programme. It was developed and carried out in the framework of the European research network EGRIS and has been coordinated by the School of Policy Studies at the University of Ulster (Andy Biggart).

In the light of rapid socio-economic change, young people are becoming increasingly dependent on their families for a protracted period of time. The aim of the project was to examine the families role in facilitating or constraining active life management in the transition from education to the labour market, across different European models of State support for young people and their families.
FATE was a comparative research project, involving partners from nine European countries resp. regions (Bulgaria, Danmark, Germany East and West, United Kingdom, Italy, the Netherlands, Portugal, Spain). It has explored how families deal with changing dependencies within youth and young adulthood, which strategies they develop and to which extent the availability of family resources impact on decision making processes of young women and men. To answer these questions, a comprehensive approach is necessary, which takes into account structural, institutional, cultural and subjective aspects.

The first phase gave an overview over structural and institutional factors of transitions by secondary analysis. The second phase consisted of a questionnaire among young people at the end of their educational transitions, generating data on their living arrangements and on their attitudes concerning education, work, dependency and family relationships. The third and most important phase of the project has been on the one hand qualitative interviews with young women and men regarding family support and the influence this support has on their transition-related decisions. On the other hand, interviews with one or both parents of these young people have been carried out. The content analysis of these semi-structured interviews followed a common thread of codes in order to facilitate the international comparison.

The study provided insights into two issues which are both central for social integration, but which up to now hardly have been analysed as interrelated: Family and Transitions of young women and men into work. Country-related as well as comparative reports have been elaborated, on national structures, on patterns of dependency and support, and above all on the ways, both generations evaluate this situation. Results have been published in the respective countries and made available for different target groups, such as policy makers, practitioners, and the scientific community. Results have been presented on a European Seminar (the European Observatory on Family), and on various national conferences.